Finding Closure
After learning about his estranged abusive father’s death from his own son, Jayden’s suspicions led to a couple of opportunities to run a couple of different DNA checks to verify his parentage. Finding Closure (Book 3 of the I Can and I Will: Tell Me Why series) begins when the first test is returned from the forensics lab at the university where Jayden works. The results only provide answers to part of the mystery. After discussing options with his wife, adoptive mom, brother, wife, and kids, it is decided he wants to do further testing.
By then, Jayden’s biological mother had developed dementia and wasn’t a whole lot of help—however, over a short period of time she repeated the same basic storyline on three different occasions. The details were always different, but one aspect remained the same—a tale indicating possible child trafficking. Since a pattern was developing, Jayden and his family decided to try a top-of-the-line commercial DNA analysis.
Barely believable results occured. As the family pondered their next move, an email arrived from Florida from a complete stranger who claimed he had also taken the same test. Naturally, the first question that came to Jayden’s mind was the legitimacy of the information. Was it a scam? Had someone in some way hacked the records? In order to find closure, he had to contact the man and find out whatever information possible. 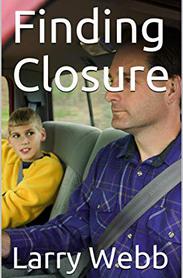