Larry Webb Bio
I was born and raised in Lansing, MI covering the post-depression, WW11 era up to my graduation from high school in 1956.
I think my first memory and realization of the age I grew up in was when I rode my brand new wooden wagon down the steps of the front porch. I can remember my dad sitting me down on the top step beside him and explaining that toys were very expensive and breakable and not readily replaceable.
There was no such thing as a steel wagon in those days. Most metals were used to support the war effort. Even pennies were not made out of copper in 1943. They were created out of silver and zinc.
After high school I proceeded to join the USAF and spend four years between the Korean conflict and the Vietnam War. If one didn’t join the service of choice after high school, you were drafted into the army at approximately the age of twenty-one.
The most exciting thing that happened during that four year span was my deployment to Incirlik Air Base in Adana, Turkey. In 1960, Gary Francis Powers, whose CIA outfit was stationed at Incirlik as well, managed to get himself shot down over Sverdlosk, Russia during a spy mission that he flew out of Pakistan. This just happened to be at the height of the Cold War so it was a pretty scary time.
It was also in Turkey that I became motivated to become a teacher. Over 90% of the Turkish population was illiterate if I remember the facts correctly. If you wanted to write a letter to a relative in another city, you went to the downtown area where people would be sitting behind a card table with an old, beat up manual typewriter. You would dictate what you wanted your letter to say and he would type it, seal it in an envelope, and mail it for you—for a price. When you received an answer to your letter, you’d take it downtown and that same individual would read it to you—again for a price.
When I was discharged, I went to MSU and graduated in four years—believe it or not, people used to actually do that. Not only that, I paid for my own tuition and books by working 30 hours a week at $1.00 an hour until I got that big raise and went up to $1.25. School in those days was on a three nine-week term basis with summer school an option. Twelve credits and up was a flat rate of $76 per term. If I saved ten dollars a week, that covered tuition and books.
I graduated in 1964 and went to work teaching English and social studies at Williamston Middle School. Eighteen years later I transferred to the high school for a change in scenery. I figure that between my thirty-five years of secondary students and ten years of coaching middle school wrestling, I had somewhere between 5,000 and 5,500 teenagers affect my life—almost all positively.
In 1969 Kay, the three boys, and I joined forces and have been together ever since. It’s been a great ride.
After retiring in 1999, I decided to get serious with the writing. I had dabbled with it for years. In fact the original version of “Home Is a Lot More Than Just a Place to Hang Your Hat” was written in a portable classroom at the old middle school. Since that time I’ve written four books, about twenty short stories, and am currently working on the third book in the “As Life…” series.
Be sure to check in often to keep tabs on my short stories and keep my “hit” count up. I need approximately one-kazillion hits to make this site viable. Some of the short stories are actually kind of funny. “Taming Little Ike” has some humor in it as well. Several people have emailed me and said that is the best one yet. 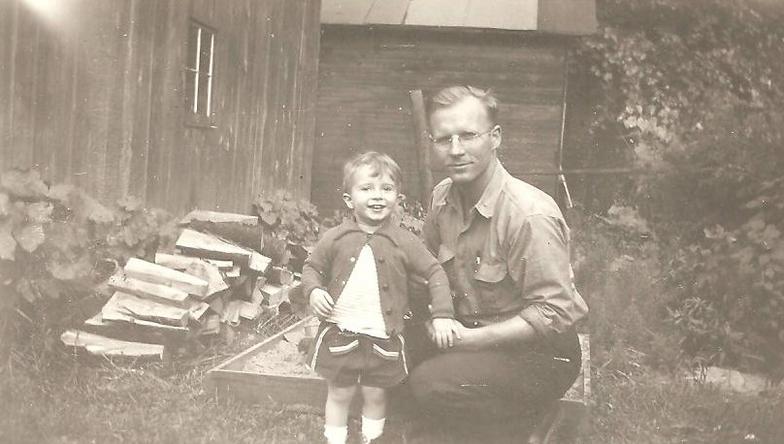